The Best Coffee Liqueur for the Perfect White Russian

The nectar of life. Go-go juice. Wake up water. I need it in the morning, and I love it in cocktails at night. Recently, thanks to Steve the Bartender and Mr. Black's Coffee Cocktail Challenge, Carl and I were introduced to Mr. Black Cold Brew Coffee Liqueur, and it changed my nighttime bean juice consumption forever.

After using it to play around with several coffee cocktails, we realized we needed a side-by-side comparison. Does Mr. Black hold up against other major players in the market? What is the best coffee liqueur?

What is Coffee Liqueur?

Coffee liqueur is the perfect combination of morning and nighttime beverages. It is a, usually sweet, combination of coffee and a spirit. Most often, these flavored spirits are enjoyed as a digestif or in a dessert cocktail. Kahlua and Tia Maria dominate the market, but there a wide variety of choices from other top-selling brands and small distilleries. 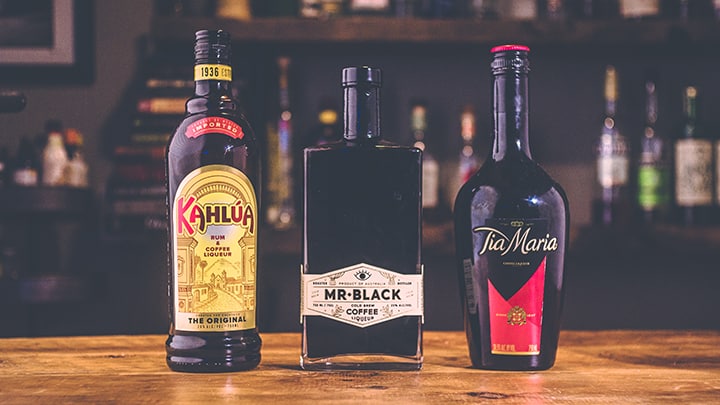 What is in a White Russian?

The White Russian is a decadent, classic cocktail that uses only three ingredients:

Like most cocktails, each component in the recipe varies as much as the person making it. Some people use half-and-half or whole milk instead of heavy cream. Some people omit the dairy component and make a Black Russian cocktail. Usually, the drink is served in a rocks glass over ice.

How To Make a White Russian Cocktail

Does a White Russian Taste Good?

If you like coffee and ice cream, you're going to enjoy a White Russian cocktail. The drink is delightfully sweet without being sickeningly so. If you're looking for a boozy dessert, there's no better choice, in my opinion.

Rarely will you find two people with the same palate for coffee. So, naturally, we had to put a team together for this tasting session. We enlisted our friends Tyler and Emily Cawiezell of the YouTube channels Cawiezell Crew and Never EmTy Bottle. (EMily...TYler...EmTy...get it?)

When it comes to coffee:

With the four of us, we felt we could cover quite a spread of coffee preferences. 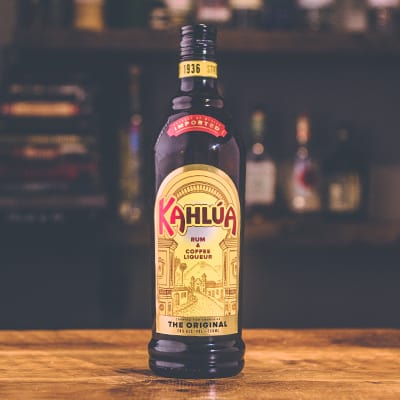 Kahlua is an exceptionally drinkable and very sweet liqueur. It had the lowest alcohol by volume of the three spirits we tried, which somehow made it syrupy. The liquor finishes with a subtle coffee flavor that is overwhelmed by sugar.

The traditional White Russian cocktail has been made with Kahlua since the mid-1950's. The beverage's popularity surged after the release of the movie The Big Lebowski, during which The Dude specifically requests Kahlua to make himself a White Russian. This is the sweetest version of the cocktail, with faint coffee flavor. I think this version tastes more like a milkshake than any of the others. 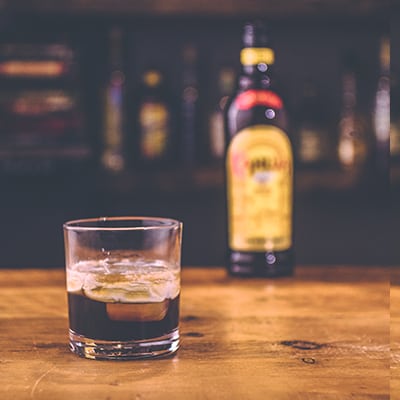 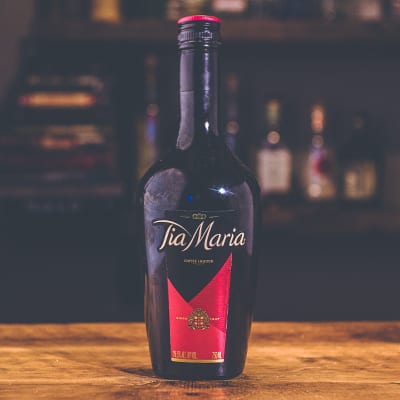 Tia Maria smells and tastes more like coffee than Kahlua and has a nice hint of vanilla. There is a more prominent ethanol flavor, but not so much that it's overwhelming or unpleasant. Think boozy, not the burn of alcohol. The texture of Tia Maria is pleasing and less syrupy than Kahlua. Overall the Tia Maria is satisfyingly sweet with deliciously rich coffee flavor.

The Tia Maria White Russian we made was the most neutral for most of the flavors we examined. This cocktail was the Baby Bear to our Goldilocks: not too sugary, not too bitter, and not too boozy. It was just right, and the vanilla flavor was a nice little bonus. It was less coffee forward than the Mr. Black version. 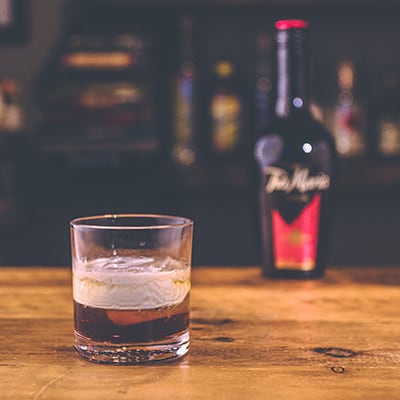 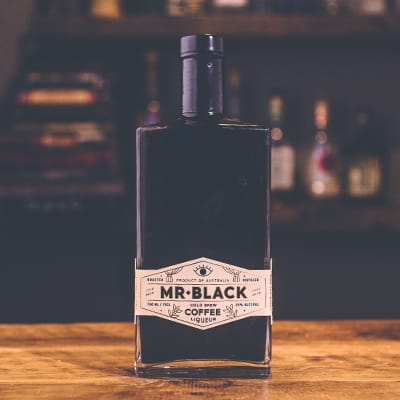 Mr. Black's website says they use half the sugar and ten times the coffee concentration of other similar spirits. And you know what? It smells and tastes like you've got a cup of dark roast coffee in your hands, but like, if you added a splash of vodka to it. Mr. Black is by far the most bitter, robust, coffee-forward of the three liqueurs we tried.

A White Russian made with Mr. Black has big coffee flavor. The vodka and coffee liqueur blend together because the vodka in Mr. Black adds to the vodka in the recipe. It is less sweet than the traditional recipe and has chocolatey flavor notes. This White Russian cocktail was still enjoyable for someone who only likes their coffee in the form of sweet drink like a latte. 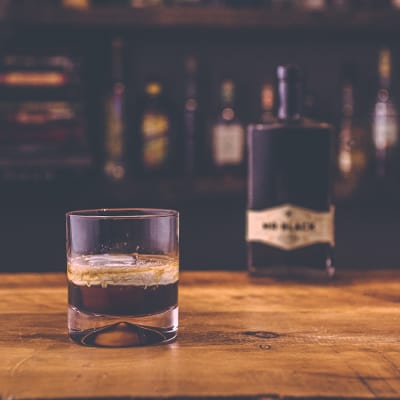 What is the BEST Coffee Liqueur?

Putting the title of "Best" on a coffee liqueur is problematic because it's such a subjective assessment. Every person's palate is different, so what I say is the best might not be for someone like Emily. Carl, Tyler, and I agree that Mr. Black Cold Brew Coffee Liqueur is the best option we tried in our experiment. That's simply because of the balanced sweetness. And it tastes like real coffee.

But, I can also understand why Emily preferred Tia Maria. The subtle vanilla flavor in with the coffee and the little extra sweetness suits someone who isn't as big of a coffee drinker. Tia Maria is the perfect middle ground between sweetened coffee drinks and a cup of joe.

Collectively, we all felt Kahlua was a little too sugary. The syrupy texture and flavor overpowered the robust coffee taste we wanted. But Kahlua it's still my dad's favorite because he's the type that likes a little coffee with his sugar. 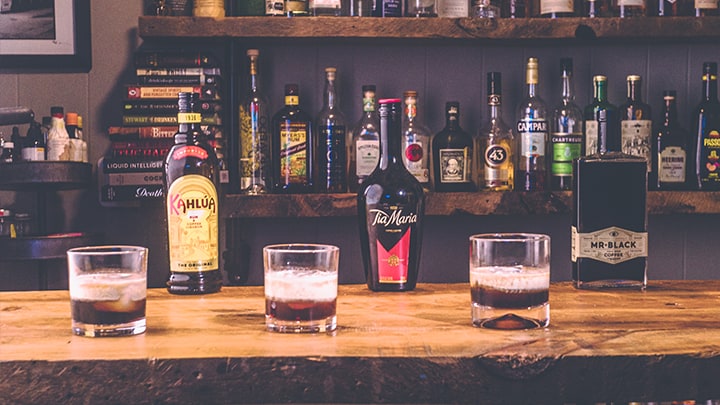 What is the Best Coffee Liqueur for a White Russian?

Like with coffee itself, the best coffee liqueur for White Russians absolutely comes down to personal preference. If you're looking for dessert, using Kahlua in the recipe is the sweetest option. Maybe the coffee flavor is what you prefer? Then Mr. Black is the way to go. Tia Maria is the perfect middle ground, giving you the sweetness and the rich coffee flavor.

Whatever White Russian cocktail you choose, you're going to get a creamy, decadent beverage that'll satisfy any sugar craving. The taste differences are subtle enough that I would be happy to drink any one of the three if I ordered a White Russian in a bar. Drink your White Russian however you choose, because you know what's best for you. As The Dude would say, “Yeah, well, you know, that’s just, like, your opinion, man.”