Alright! Let’s make a mojito, you’ve got your limes, rum, and mint. Wait, you forgot simple syrup. Now you have to go back to the store, or so you think. Stop! Simple syrup is so simple to make! See what we did there?

There are a few staple ingredients in the mixology game. Simple syrup is probably the most basic and one of the most widely-used of these ingredients.

You only need two ingredients; sugar and water. That's it! First, we'll tell you how to make it. Then, we'll explain why you should.

*This step is optional. Some mixologists prefer to skip this step. You'll end up with an extra 1.5 ounces of syrup, and it'll taste about the same. At the end of the day, it doesn't matter which method you use, this is just what we prefer. 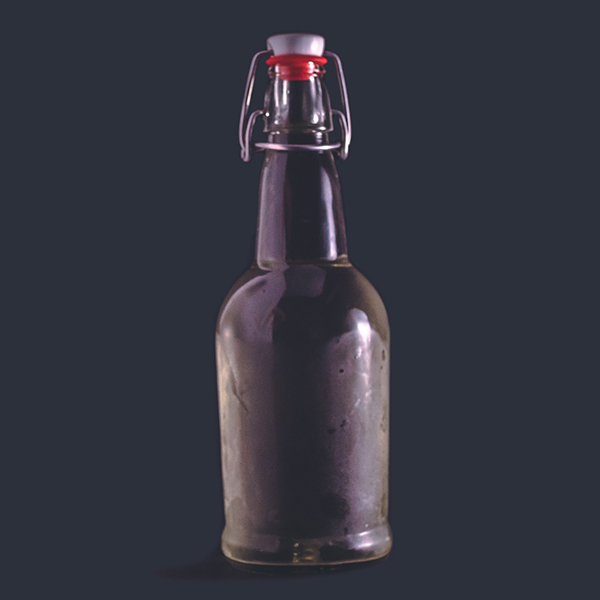 But Why Should I Make My Own Simple Syrup?

Sure, you could go out and buy yourself some simple syrup to have on hand. We're not going to stop you.

It's all going to be about the same, but We've got three reasons why making your own is the way to go.

It's easy to make

You probably already have the ingredients to make simple syrup in your kitchen. Most people have water and sugar, right?

It takes less time to make a simple syrup with the ingredients in your home than it does to go buy it.

If you can make macaroni and cheese from a box, you can make a simple syrup. Actually, simple syrup is easier! You've only got 2 ingredients, so if we're comparing it to mac and cheese, it's like you're just cooking the noodles. And you only need one measuring cup!

The recipe requires a 1:1 ratio of sugar to water, which makes it easy to make as much or as little as you need. Planning a barbecue and need more, use 4 cups of each sugar and water. The procedure stays the same.

At the end of the day, you're boiling water and stirring a little bit.

It takes more time and effort to go to the store, pick out a bottle, and pay for it. Which leads us into our second point.

After a quick search on Amazon and our local grocery store, we found that it costs anywhere from $0.15 to $0.92 an ounce to buy a bottle of simple syrup. When you think about the cost of the raw ingredients, that's an insane markup. You're paying for their packaging and the shelf space at the store.

Don't worry, we did the math.

If you follow our recipe, you will yield about 2.5 cups or 20 ounces of simple syrup.

Our local grocery store offers three brands of your run-of-the-mill, granulated sugar. For this purpose, we priced out a 4-pound bag, which contains about 10 cups of sugar. Each package ranged in price from $2.15 to $2.99.

All we did was divide the price of 2 cups of sugar by 20.

Even using the most expensive sugar, the cost only came out to $0.03 per ounce!

Since we use water from the tap, the price of water is negligible, and we didn't even factor it in. But, we did the math again just for the sake of doing it. A gallon of purified drinking water is $0.99 at our local grocery store, so 2 cups are approximately $0.06. If you were to break this down by the recipe's yield, that's less than half a penny per ounce. Still negligible.

You control what's in it

Most of the time, if you go buy simple syrup, it's going to be sugar and water. Just like you would make at home. Sometimes though, the ingredient list will be a little less straightforward. We read the label of one of the popular bar brands, and here's what it said:

That's not a simple syrup.

In addition to, you know, not having all of those unnecessary preservatives, making your own gives you the freedom to experiment. Think you want a hint of molasses in your cocktail? You can use brown sugar instead. Or caramel? Use demerara sugar. The world is your playground. Play around!

The Perfect Margarita, Only 3 Ingredients

The Perfect Margarita does exist but it isn't just one recipe. It is really about using great tequila, fresh lime juice and agave.

A mojito is a simple recipe that creates one of the best summertime craft cocktails. Learn how rum, lime, mint, and sugar create a delicious drink.