Mojito. The word alone reminds me of summer. I think of sandy beaches, tropical sunsets, and ocean waves. Even on the coldest of Iowa winter days. Just the smell of the fresh mint and crisp lime takes me to a special place of relaxation and puts me in a damn good mood.

A classic mojito is a beautiful thing. It is delicious on its own, but the simplicity opens itself up to a variety of modifications. Adding fruit purees and different liquors are common, and these concoctions are divine. But, like everything else, we have to have a strong foundation to build upon. So, today, we are going to focus on making a beautiful classic mojito recipe.

This cocktail is perfect for the novice mixologist because you only need a few basic ingredients to make the perfect mojito. 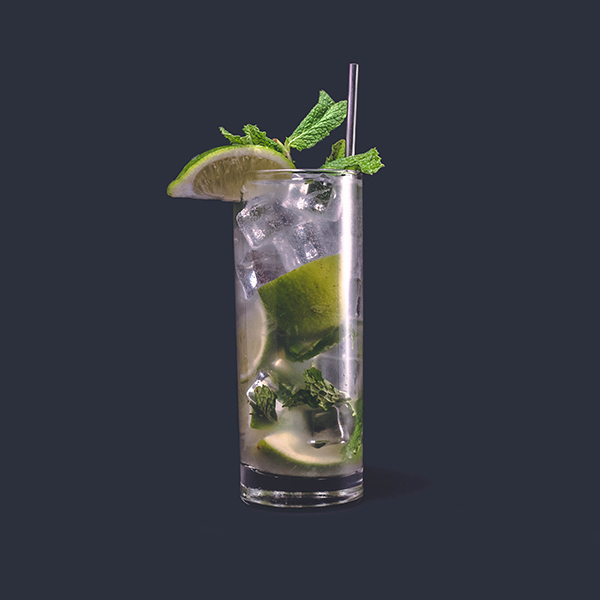 That's it! Kick back, relax, and bring on the sunshine. I don't know if I can think of a better summertime cocktail than a mojito.

The History of the Mojito

The finished cocktail that we have created today has evolved over hundreds of years. It has had quite the journey, but let us start with what we know is 100% certain. The mojito was created in Cuba.

The rest of its history is a little fuzzy, and much like all great things, people tend to disagree on its origins. Indigenous South Americans would make "burning water," a very raw form of rum made from sugar cane. They would mix this with tropical ingredients they sourced from Cuba and use the mixture as medicine.

Around the 1650's the production of rum replaced "burning water" and was made available to the British colonizers. During this time, African slaves created an early concept of the mojito while picking sugar cane in Cuban fields. Since they had access to sugar cane, they used juice from the plant and added it to rum. This version did not use lime juice.

To make the drink more appealing, it is said that the British added mint, lime, and sugar. The colonizers didn't call this beverage a mojito, but the concept of the drink had taken form.

What Makes the Mojito a Perfect Cocktail?

Just like all cocktails, balancing the flavors of the drink is what sets it apart from the rest. You have to make sure you hit each flavor profile without overpowering the others. Often times, this comes down to preferences.

Some people think a mojito is too sweet. And that might be true for some. I would encourage those people to try to make their own.

Most of the mojitos you may have ordered are not made correctly, in my experience.

There are two reasons this may be the case:

Each technique just adds more unnecessary sugar. Who can blame those bars? Most places trying to crank out cocktails quickly operate on the premise that the sweeter the cocktail is, the better.

That's their demographic. That's what's in demand. But is it actually better? We don't think so. Having too much sugar can make the drink mint forward and mask the lime.

So, is the best mojito recipe made in Cuba? Is it better if you get it straight from the source?

I personally can not answer that question because I have never been outside of the U.S. Lame, I know.

But just because I've never been to Cuba, I like to think I can make a pretty damn good mojito. As long as I use the right ingredients.

Using fresh mint leaves and fresh lime juice are essential to this cocktail. You want the fresh mint to stand out over the sweetness and that great tartness of lime juice to come through.

Which Rum is best for a Mojito?

I am going to start by saying, I live in Iowa. We are a control state, so basically, the state purchases all the alcohol and sells it to any business that sells alcohol. They decide what we can carry. So our choices are pretty limited compared to other states in the US.

I use Bacardi because it is inexpensive and tastes good. It has an overall taste that works well with the flavors of a mojito. And it is readily available in most places, even in our controlled state.

Some other popular choices include Appleton White Rum, Havana Club Anejo Blanco Rum, and Mount Gay Eclipse Silver Rum. Use the rum of your choice. Just make sure you are using a Cuban rum or Puerto Rican rum. The environment in which the ingredients are grown is what influences the flavor of the liquor. That flavor cannot be replicated in a rum not made in the Caribbean.

Now, it's your turn! Grab your shaker and your ingredients, and get mixing. Let us know how your mojito turns out!

Simple syrup is probably the most basic and one of the most widely-used of these ingredients in creating craft cocktails..

To make the best whiskey sour hands down, no questions asked you MUST use an egg white. The combination of bourbon, lemon juice, and bitters are perfect.