The Perfect Margarita, Only 3 Ingredients

No matter who you are or where you live, you get excited when you get that text that simply says, "Taco Tuesday?" Let's go! Where are we headed? "Didn't that new place down by Steve's open up?" "No, they haven't yet." What about that place on Main?" "Nah, their salsa isn't spicy enough." Then, you ask the most vital question: "Who has the best margaritas?"

You message your bartender friend. She'll have all of the answers. Who has the best tacos and the best margaritas? You eagerly await her response, and when she finally responds, it's go time! You pick up your buddy and waste no time finding the restaurant. She was 100% right. The food and the drinks were FIRE.

As you drive home, stop to get a nightcap from your bartender friend's establishment. You ask her why the margaritas were so perfect? She tells you that it is really all about the 4 ingredients that make up a margarita: tequila, triple sec, agave, and lime juice. And making sure the ingredients you use are high-quality.

She makes you her version. It is just amazing as the margaritas you had a couple of hours ago. How are they both perfect? The answer is a simple one. It's using the right ingredients every time.

I, personally, have had many great margaritas in my day. I've probably had a few too many on gorgeous days. Whether I'm barbecuing with friends or hanging out at a pool or on a beach, margaritas are always a great go-to beverage.

You have to use fresh and clean ingredients in any recipe, and the margarita is no different. Whether you use blanco, reposado, or anejo tequilas, fresh lime is critical. Then, you can find the balance in the flavors of tequila and citrus to create one of the tastiest drinks in the world.

The following recipe is my to-go at-home margarita. It provides the perfect combination of sweet and sour for a refreshing beverage. But, once you've tried it, don't be afraid to experiment. Alchemix is all about learning, finding your style, and playing around with the cocktail theory. 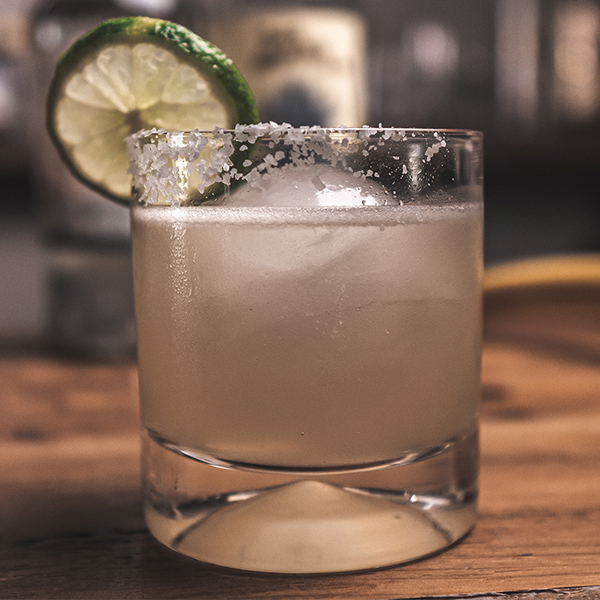 History of the Margarita

Most of us don't take the time or care about the history of the cocktails we drink, as long as it tastes good. But, just in case you're curious like we were, we looked it up.

No one really knows the true origins of the margarita, and several have staked their claim on that fame. But most people agree that the margarita was named after a woman. Which woman is a little more complicated.

Or, maybe, there isn't a woman behind the name at all. The cocktail closely resembles another. A margarita and a daisy have the same ingredients in similar ratios. The only difference is that the daisy is made with brandy. A quick Google translate informs me that margarita translates to "daisy flower," so this explanation would make sense.

All we know for sure is that the margarita made it's debut sometime in the 1930s or '40s somewhere in Mexico or Southern California. Does it really matter, though? Who cares where it originated as long as I can guzzle down one, or several, with some chips and salsa, am I right?

The star that shines in your margarita is tequila. You know, that drink that "makes her clothes fall off" in the country song I've had the misfortune to hear. Regardless, this Mexican liquor gives the margarita it's signature flavor.

Tequila has a fascinating history, dating back to the times of the indigenous people of modern-day Mexico. The agave plant was used to make a fermented beverage with the sap from the agave. The drink was called pulque. But the native Mexicans were probably distilling agave also. Anthropologists have found evidence of crude stills in historical sites from before the Spanish invasion.

So, eventually, the Spaniards showed up with all of their disease and disregard for the culture and lives of indigenous peoples. Spaniards observed locals roasting agave plants and said, "Hey! What if we made booze with it?" That's probably not a direct quote.

With the Spaniards came technology. New methods of distilling led to the production of tequila as we know it today. The hearts of the agave plant are roasted, releasing the natural sugars and are distilled into sweet, sweet alcohol.

Final Thoughts on the Margarita

I don't think there is a cocktail and food pairing matched more perfectly than tacos and a margarita. You've got a little salt, a little heat, a little sour, and a little sweet. And a lot of flavor. Mmm.

Great! Now I'm hungry! I guess it’s time to go get some tacos.

Have fun, and for the love of the bar gods, don't blend your margarita.

The Negroni is a classic cocktail created in Italy. It combines Campari, gin, and sweet vermouth into a boozy but balanced cocktail.

Simple syrup is probably the most basic and one of the most widely-used of these ingredients in creating craft cocktails..